Pros and Cons of Artificial Intelligence

There are benefits and risks of artificial intelligence or AI. It is the subject of many discussions as researchers continue to try to bring emotion and general intellect to machines. 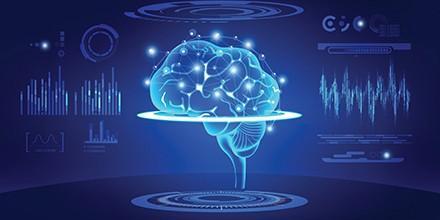 What are the Pros?

An obvious benefit of artificial intelligence is that the robots can go where it would be unsafe for humans, such as mining explorations. Through machines, we can learn about environments and gain access to areas that we might not otherwise be able. Robots are durable and strong, so they’re able to endure the investigative work.

The artificial thinkers are also able to achieve better accuracy and precision than the average human. They can reduce medical errors, for example, potentially saving humans every year. If a computer is programmed properly, it will not make errors, no matter how many numbers are involved, unlike the human factor. Robots are also logical thinkers as they lack emotions, which means they do not get distracted or have their judgment clouded by moods, unlike humans.

The Cons of Artificial Intelligence

A drawback of AI that many critics point out is the loss of jobs that come with the robots. They can displace low-skill jobs. For example, driverless automobiles can put chauffeurs and taxi drivers out of work. On the other hand is the argument that AI creates more wealth than is lost.

Also, artificial intelligence is based on algorithms, which explains how decisions are made. This means that robots are unable to make judgment calls or exceptions in certain situations as part of the decision-making process, unlike humans.

AI is more than just a futuristic concept. It is being implemented into many workforces in various applications. As discussed above, there are potential benefits and risks of artificial intelligence. Vital though for humans will be the ability to use our own judgment and apply it to the robots to ensure they don’t get out of line.

Tweet
Age and Entrepreneurism
Giving Your Small Business a Personality

By accepting you will be accessing a service provided by a third-party external to https://fantasywebdesign.com/

At Fantasy Web Design™ our approach is to deliver results by developing a strategy that is specific to your business.
Location :
Miami Location Ft. Lauderdale
Support
Service Area