How Hashtags Can Hurt Your Brand

Hashtags provide a great way to get a message across to a wider audience on Twitter but, on the other hand, overusing hashtags can be damaging for your small business brand. An example of bad etiquette would be using hashtags for almost every word in the tweet. It can turn off potential consumers who consider this behavior spam-like and frustrating.

Less is Better Than More 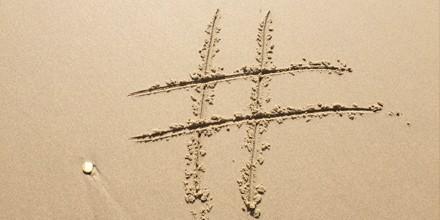 Hashtags are not meant to be the main part of the tweet or Facebook message but instead to be used sparingly. For example, include a hashtag and ask people to respond by including the hashtag with their answer to a question you asked them. The hashtag itself is not the focus and readers can decide if they want to partake in the activity or not.

Part of “what not to do” on social media platforms in regards to hashtags is to avoid including your brand in the hashtags themselves. For example, if your company name is ABC and you tweet #ABCkicksbutt” then you will come across as self-serving and annoying. Instead, use your slogan in a hashtag and include photos that support what the slogan means as a way to show whatever it is that you are selling in your small business.

Another tip is to avoid hashtagging outdated words or words that have nothing to do with your brand. Otherwise, you will come across to readers as behind the times and irrelevant, both of which will drive away interaction from them (or, even worse yet, bring negative comments your way). Also, reread your hashtag before sending it out to your audience to prevent any spelling mistakes as you do not want your small business to come across as sloppy or lazy.

Using these hashtag pointers on social media networks like Twitter and Facebook can help your business gain authority and prevent potentially losing sales. Now that’s something to #talkabout.

How Too Many Hashtags Can Hurt Your Brand

Still Hashtagging Every Word? You Could Be Hurting Your Brand

By accepting you will be accessing a service provided by a third-party external to https://fantasywebdesign.com/

At Fantasy Web Design™ our approach is to deliver results by developing a strategy that is specific to your business.
Location :
Miami Location Ft. Lauderdale
Support
Service Area